Our next event is the Monthly Folk Session at the Black Bitch Tavern on Thursday 6th February 2020 from 8pm.

Forty three years after his tragic death in 1977, Folk music fans will pay tribute to the memory of the late great Matt McGinn at an evening of songs and music in the Linlithgow Academy Theatre on Saturday 7th March 2020.

In recent years, Linlithgow Folk Festival Association has played a pivotal role in reviving Matt McGinn's work and presenting it in an innovative and entertaining way. Previous tribute nights in the town have played to packed houses. The 2020 event promises to be bigger and better than ever, with singers and musicians of all ages from throughout central Scotland interpreting their favourite Matt McGinn material.

Tickets, priced £12 each, are now available via:

The Black Bitch Tavern is now our venue for both the Thursday and Sunday monthly music sessions. If you would like to come along, you will be made most welcome! 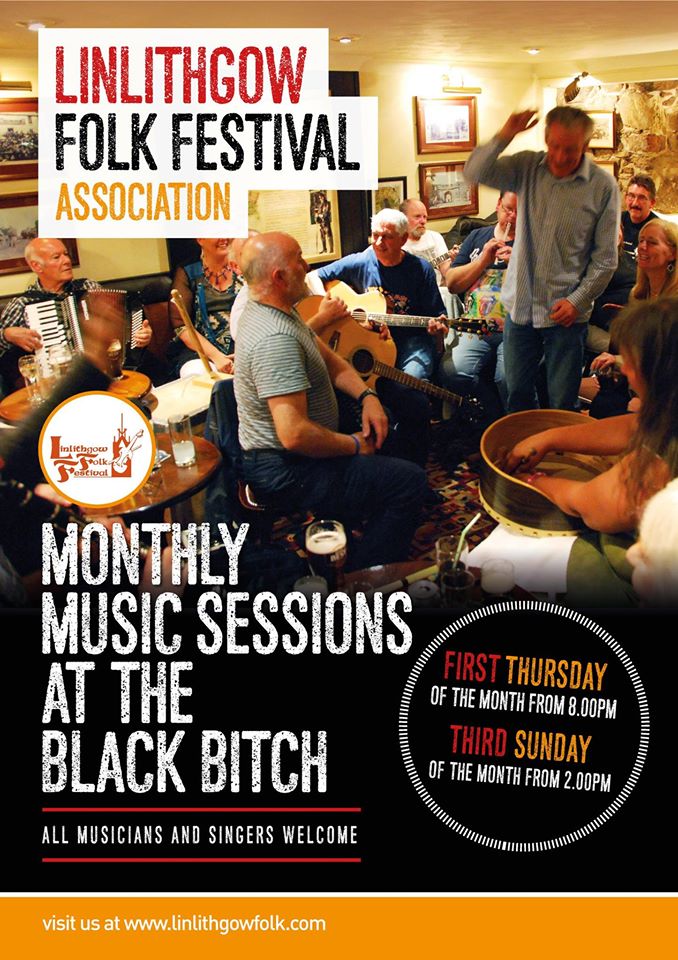 This years Linlithgow Folk Festival will be held between the 9th and 13th September 2020.